What To Eat In Portugal

Our home textiles are made in Portugal and inspired by the Portuguese culture and beautiful landscapes. It’s astounding how such a small country can have such a rich culture and attract so many travelers from all around the world! Even though Portugal is on the Atlantic coast, it is actually Mediterranean cuisine at its best and is a big part of Portuguese culture. Read on to discover our selection of delicious traditional dishes that you cannot miss when you travel to Portugal! 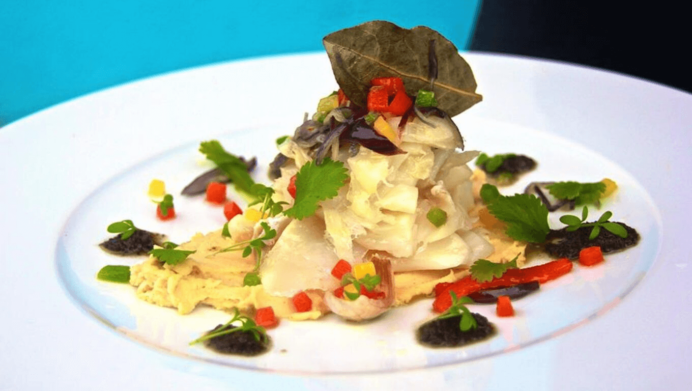 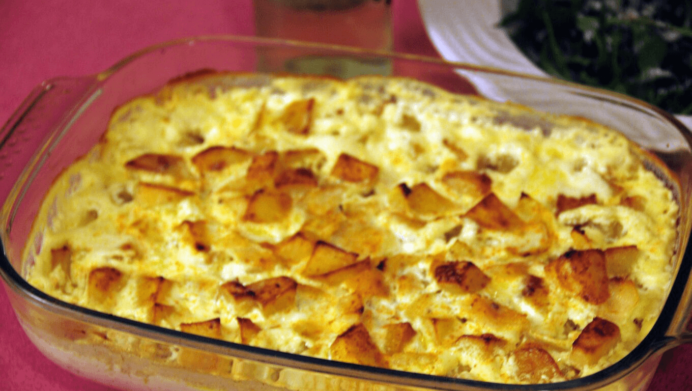 If you love to travel or to read about other cultures, you may have heard about the famous Portuguese dish “Bacalao.”

Codfish or “Bacalhau” in Portuguese had to occupy the first position of this list because it is the dish that is most associated with Portugal.

Traditionally consumed on Christmas Eve in Portugal, there are hundreds of different recipes and versions of this classic. Codfish with Cream or “Bacalhau com Natas” in Portuguese, is one of our favorite recipes! 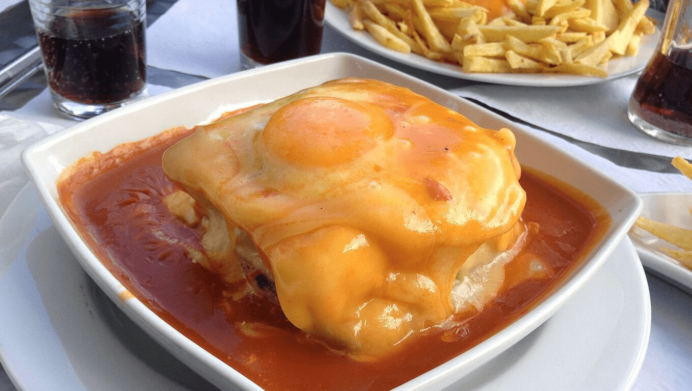 Have you ever heard about the famous dish, the ‘Francesinha’? It means “little French girl” in English and was created by Daniel David Silva, who’s lived in France for some time. After a while, he came back to Portugal with the influences of a croque-monsieur, a similar dish in France, which led to the Portuguese version now called the Francesinha.

As a revisited croque-monsieur, the ham and cheese toasted bread sandwich is called “Francesinha” because it is said that Daniel David Silva called French women the most beautiful women in the world.

The Portuguese version has more layers of cheese and meat and is then covered with a light spicy sauce. In fact, the secret of this dish is in the sauce. The Francesinha is served with a side of french fries and is beloved by the Portuguese people, especially in the city of Porto, since it was the pioneer town where Francesinha was born. If you ever travel to the North of Portugal, you must try this unique dish. 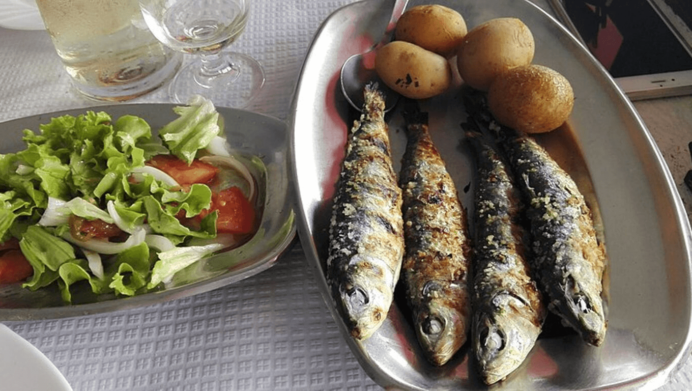 A platter of freshly grilled sardines, or “Sardinhas Assadas”, is a typical festive food in Portugal. Although they are most emblematic of Lisbon and are a highlight of the capital’s summer festivals and traditional events, sardines are a popular dish in practically every part of the country. The smell of grilled sardines is a very characteristic smell of Portuguese summer.

The traditional Portuguese way of cooking sardines leaves the bones and heads intact; to eat them while avoiding the spine, hold the head in one hand and the tail in the other while biting into the fish from the side. A perfectly grilled sardine has flavourful flaky white meat and smoky, crispy skin. This is a dish meant to be eaten with your hands in a style of true summer abandon.

Although the origin of this recipe remains a mystery, this dish is considered a gastronomic treasure. Adding to the mystery of its origin is that each region has its own variation and recipe!

At its core, the dish is a platter of slowly boiled meats, enchidos (sausages) and vegetables. In Trás-os-Montes in northeast Portugal, cozido contains farinheira (breaded sausage), morcela (blood sausage) and alheira (sausage filled with a mixture of game and bread). Cozido from Minho contains chicken, and recipes from Alentejo include lamb. In Algarve, the dish is often flavored with sweet potato and mint.

The most famous example of the Portuguese cozido, however, is from São Miguel Island in Azores, where it’s cooked underground inside geysers using volcanic heat. Wherever you land in Portugal, be sure to try the regional version of this dish! 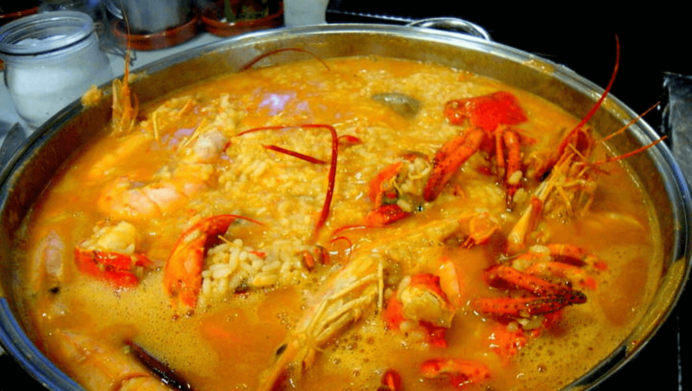 Portugal is famous for its amazing beaches which undoubtedly signals it will have just as amazing seafood! One of the most popular Portuguese dishes is Arroz de Marisco”, which is seafood rice. This recipe also varies depending on the region it is made.

Shrimps, clams, lobster, mussels, sometimes even monkfish, are some delicacies you’ll find on your plate along with delicious rice. If you like seafood, this traditional dish is definitely worth the try. We guarantee that you will love it! 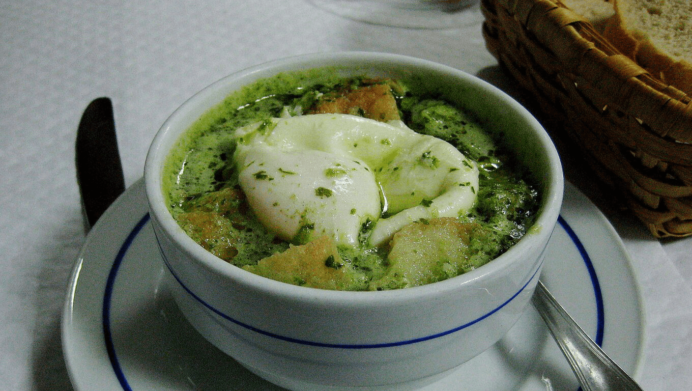 This option is not as well known abroad as some of the others on this list, but that just means you’ll make a waiter smile when you know it to be one of the most delicious dishes on the menu.

Açorda, is made with day-old bread and poached eggs served in a herbed broth. It is a typical peasant food from Alentejo, Portugal’s largest region known for its fields, farms, and vineyards.

As locals are traditionally farm laborers, dishes like açorda provided cheap and simple sustenance that could be easily customized with extra ingredients – the wealthier the family, the richer the açorda. Inland, açorda can be enhanced with meats like wild game, yet along the Alentejo’s coast, you’re more likely to see a version containing shrimp or fish. 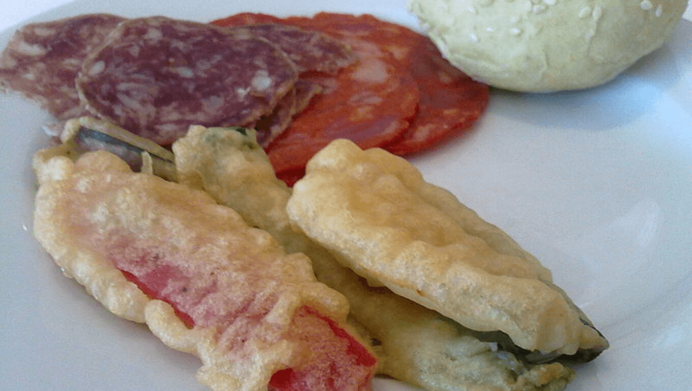 Although meat and seafood dominate much of Portuguese cuisine, a few popular recipes are perfect for vegetarians. One is “Peixinhos da Horta”, breaded green beans fried to a golden crisp. When the Portuguese first reached Japan in the 16th century, they seemed to have brought a few culinary techniques with them, including this method of tempura-style battering. Even the word tempura may come from the Portuguese “temperar”, meaning “to season” as it is common in the Japanese language for them to adapt foreign words to their vocabulary.

“Peixinhos da Horta” translates as “little fishes from the garden” (how cute is that?!) because the vegetables resemble small, colorful fishes. These vegetables are eaten as a starter or snack with a drizzle of lemon juice on top. Simple and savory! 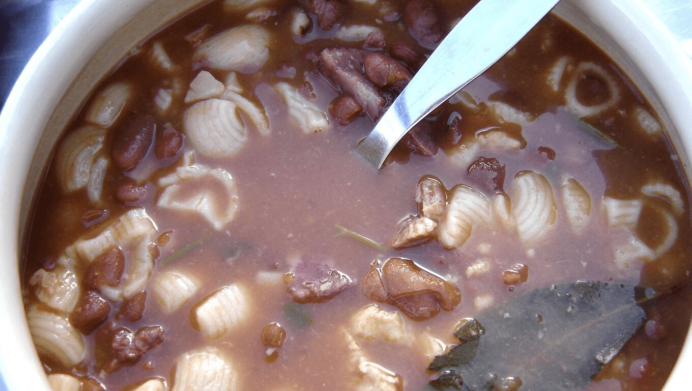 Our last suggestion is also the one with the most interesting story.  Sopa da Pedra translates as “Stone Soup.” According to Portuguese folklore, a homeless monk in the village of Almeirim had nothing to eat, so he cleaned a stone and began boiling it in water. As villagers passed, they each added an element to the monk’s pot, including potatoes, beans and different cuts of meat.

Once the soup was robust and ready, the monk removed the stone and invited the villagers to join him for Sopa da Pedra. The story and dish are meant to represent the kind Portuguese soul and the virtues of communities coming together in times of crisis.

A piece of Portugal in your home

Since 1922, the Amalia Home Collection has been developing and producing luxurious and artistic home textiles, made in Portugal, and inspired by the Portuguese culture and its beautiful landscapes. From the coastline to the countryside, from the cobblestone streets to the rolling hills, from the rooms of a beautiful palace to the Atlantic ocean’s deep blue, each design brings a little piece of Portugal to your home. Visit our USA Online Store!