We love pastéis de nata! They are one of the crown jewels of Portuguese cookery, and they have become a true global icon. But Portuguese pastry tradition is rich, storied, and diverse. 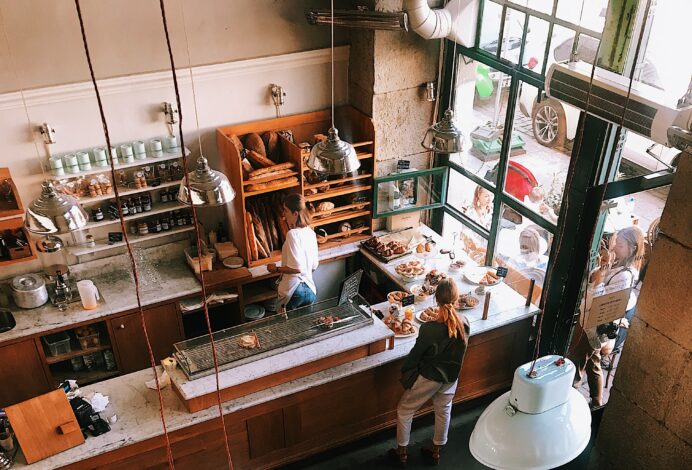 Up and down the country, from the shores to the interior, there are infinite variations of tasty treats, crispy doughs, rich confections and sugary delights.

Amalia Home Collection is constantly inspired by Portugues culture to create our unique patterns and colors. This guide will give you some insight into lesser-known delicacies from all over Portugal.

Isn’t this just an Austrian Berliner? You might think so, but they are actually quite different. The Portuguese bolas de Berlim are bigger than their central-European counterparts. The filling, which is always a deliciously rich egg-based custard called creme de pasteleiro (literally confectioner’s cream, usually known in English as creme patisserie) is left visible, inserted after a half-length cut. It can be enjoyed anywhere, but it has become a staple of Portuguese beaches, where they are served fresh by wandering salespeople.

These eggy sweet pastries were sold by nuns in a Carmelite convent in Tentúgal, to support the nunnery. The pastry is beyond wafer-thin, and shaped in a very particular way, which makes them very sensitive and extremely hard to make properly. A particularly hot day can make the job impossible. When the conditions to make them are just right, they are truly special.

This unique confection, originally meant as a celebratory dish for All Saints Day, is quite unique. Made with a sweet, enrichened dough, you would expect it to have some sort of filling, but it doesn’t! Instead, it is topped with a coconut and egg crust hardens in the oven, giving it both its signature look and a creamy unctuousness. Some in Portugal have it plain, some will go one step further and make it a sandwich with ham and cheese. Either way, this Portugues pastry is delicious.

Found primarily in the Portugues city of Aveiro, ovos moles are a truly decadent delicacy. The words mean ‘soft egg’ and the filling is made with just sugar and eggs. The creamy, thick, consistency is achieved by usage of a very specific technique that has been unaltered since the 16th century. The filling is then encased in a very thin rice paper casing, which is shaped in nautical themes, like seashells.

This regional specialty from Amalia Home Collection‘s hometown is a crescent-shaped tart made with crisp, flaky pastry. The filling, made with a very specific kind of squash, eggs and almonds is flavorful and sweet. It is a unique treat that is named after the town, and can’t be found anywhere else.

So now you know not only many more places to visit in Portugal but our range of sweets that are not pastéis de nata. Impress others with your other favorite desserts from our rich culture.

SEE ALSO: What To Eat In Portugal

A piece of Portugal in your home

Since 1922, the Amalia Home Collection has been developing and producing luxurious and artistic home textiles, made in Portugal, and inspired by the Portuguese culture and its beautiful landscapes. From the coastline to the countryside, from the cobblestone streets to the rolling hills, from the rooms of a beautiful palace to the Atlantic ocean’s deep blue, each design brings a little piece of Portugal to your home. Visit our USA Online Store!