5 Songs from the Heart of Portugal

Portuguese music is exciting and powerful while remaining enchanting and delicate. Traditional Summer parties known as “Santos Populares” couldn’t happen in 2020, so in order to celebrate Fall, we have decided to present you with a selection of songs. 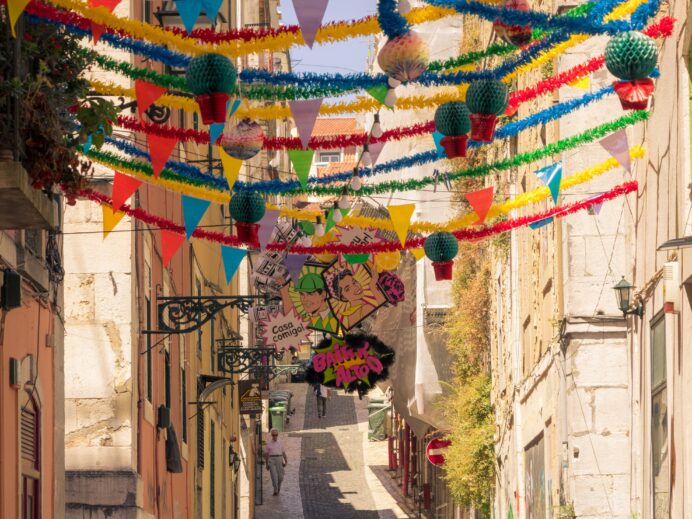 Like Amalia Home Collection, this selection brings our rich and storied tradition into the present with innovation and sentiment. Check out our collection of bed linens to further surround yourself with Portuguese-inspired living. Enjoy!

The artist Os Quatro e Meia hails from Coimbra. They became a band by playing in traditional university groups called tunas. They have all graduated and have day jobs but this hasn’t stopped them from having the #1 album in the nation and creating hit songs like this one, which make you feel like you are dancing in a Portuguese village party on a warm summer night.

Tiago Nacarato is a Portuguese-Brazillian singer-songwriter from Porto. He joined forces with Ana Bacalhau, the lead singer of Portuguese fado group Deolinda to create this song which, much like the previous one, is a gentle reminder of fun Summers’ past.

In Portuguese, we say Não há duas sem três which means ‘you can’t have two of the same thing and avoid a third.’ We also have a saying that means the exact opposite, so here is the third dancing song on our list. This one is by Miguel Araújo, who used to be a part of the insanely popular Os Azeitonas, a group entirely dedicated to honoring Portuguese popular music.

This is a traditional song from the region of Alentejo, which is well-known for having one of the richest musical traditions in the country. Fui Colher uma Romã is one of the better-known numbers in their songbook, performed here by Miguel Araújo and born and bred Alentejano António Zambujo.

Another hit song from the northern part of Alentejo, we travel directly to Viana do Castelo. This is a contemporary take on Northern folk music by rock band Diabo na Cruz. We heartily recommend you not only listen to the song but also the music video. It features some gorgeous imagery and costumes of the traditional Senhora da Agonia parties.

Amalia Home Collection: Portuguese Culture and Innovation For Your Home 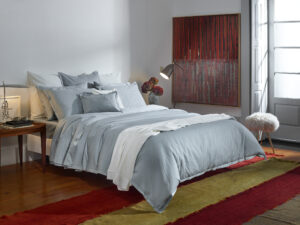 If you enjoyed this playlist, and if you understand the value and the power of mingling tradition with modernity, the most ancient forms of art with the most innovative techniques, then you should take a few minutes to check out our website. Every single one of our products is designed and crafted with those ideas in mind.

Inspiration
The Makings of Portuguese Azulejo
19 June 2020 ● 3 minutes
As one of the key aspects of Portuguese cultural identity, Amalia Home Collection tries to bring the aesthetic sensibility of our forebears to every product. There is a distinctive Portuguese…
Read More