Getting out of Lisbon, part 4: Mafra and Ericeira

This is the last installment of an ongoing series we have been curating just for our readers. We take great inspiration from the heritage of our home country, and we truly do love to share its wonders with the world. Since many people start with Lisbon when they first visit Portugal, we put together this guide on the wonderful venues and rich attractions that surround our capital city. 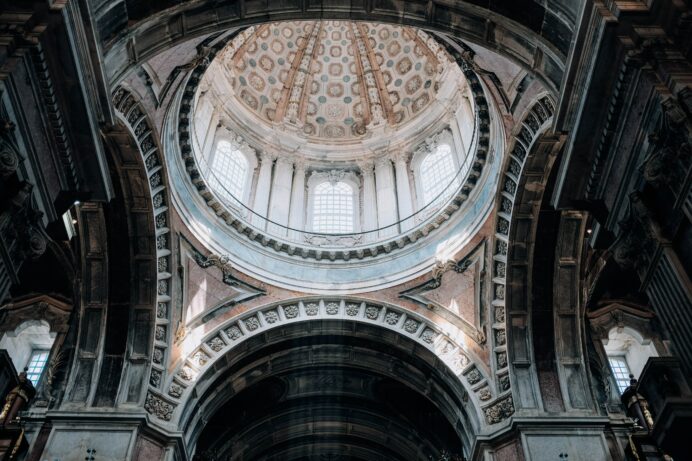 In this way, we want to inspire you to see more of our stunning nation. Be sure to check out the previous articles here, here, and here. In part 4, we are going to tell you all about Mafra and Ericeira, which are still very much part of the Greater Lisbon area.

Ericeira: The Surfer’s Paradise and Place of the Last King 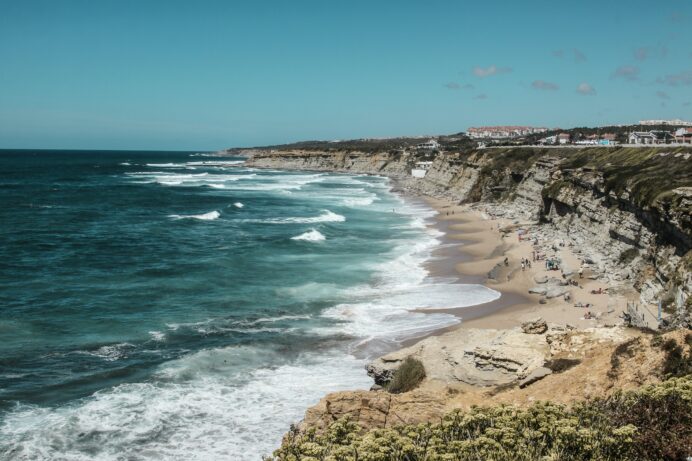 Ericeira is part of the municipality of Mafra, and it is home to some of the country’s most beautifully gorgeous and important beaches for their historical and sporting significance.

The Fisherman’s Beach, or Praia dos Pescadores, was the site of a very significant event in Portuguese history. In 1910, this was where Manuel II, Portugal’s very last king, fled the country for England. The October 5th revolution of 1910 would end the monarchy in Portugal after 768 years.

Manuel II was only 19 when he rose to the throne, following the assassination of his father and older brother. He was incapable of calming Republican forces in parliament and on the streets, and a few years later, needed to flee.

These days Ericeira’s beaches are better known for surfing. They are the only beaches in Europe to be a part of the World Surfing Reserves, the world’s premier organization dedicated to protecting surfing habitats.

The National Hunting Grounds of Mafra

One of the most impressive and significant natural reserves in the country, The Tapada Nacional de Mafra, as it is known in Portuguese, was originally devised as a hunting ground for the monarchy.

It is unusually rich natural habitat includes such wonderful creatures as foxes, wild boar, several kinds of deer, and a great variety of birds of prey. Alongside the Palace (more on that later) and other contemporary buildings, it is a UNESCO world heritage site open for walking, mountain biking, horse riding, archery and crossbow shooting activities.

A truly unique and special place, this is a miniature Portuguese village. It is the brainchild of a pottery artisan named José Franco, who wanted to create the Portuguese villages of his youth in a way that would be stopped in time, never changing. So he started building a little village himself out of pottery.

The project gained traction, and aside from the pottery models that represent a perfectly formed teeny tiny village (with a working mill!) that is just stunning to see, a life-sized version developed around it, creating what effectively is an ethnographic museum of rural Portuguese life.

Last, but most certainly not least, is one of the most significant buildings in the whole country. It is a monumental Neoclassical and Baroque-style palace and monastery. It was built during the reign of John V when Portugal was a colonial superpower, and its massive size and opulence are a reflection of the megalomania of the Portuguese crown at the time.

The palace was built not just as a summer home for Portuguese royals, but was intended as a thank you to God for blessing the royal couple with a child. This means that aside from the palatial part of the complex, with its glorious limestone façade and ornately decorated hallways, and frescoed ceilings, there is also a monastery.

With a 4.2 meter (almost 14 feet!) gigantic jasper crucifix, a 70 meter (230 feet) high cupola, and six organs, it is one of the most impressive churches in Europe. Moreover, it includes statues by almost every major Roman sculptor of the late 18th century in what constituted at the time the largest order ever made by a foreign nation. It remains one of the greatest collections in existence.

The Library of Mafra

But there is still something that is even more impressive in Mafra – the library. It is a Rococo-style with over 36,000 books lined perfectly along its beautifully ornate shelves. It includes nearly everything that was published in Europe between the 14th and the 19th centuries, including several incunabula, books, pamphlets, or broadside printed in Europe before the 16th century.

If you are ever in Lisbon, we highly recommend a visit to Mafra. 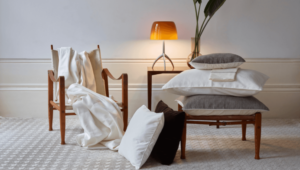 The beautiful mixture of history and nature, lavish richness and country life, old and new, is what inspires us to keep doing what we do. Our home and bed linens reflect our soul, and this impressive cultural legacy is deeply present in everything we do.

Visit our website where you are certain to find something that is not only of the highest quality but also of the deepest significance.