Discover the beauty of the Portuguese islands

Portugal has become a trendy tourist destination all over the world. Everyone is talking about the beauty of the light of Lisbon, about the unbelievable beaches of Algarve and the picturesque city of Porto. But Portugal holds two more secrets of a unique beauty, off the coast in the Mid Atlantic Ocean: Azores and Madeira. Continue to read to find out more: 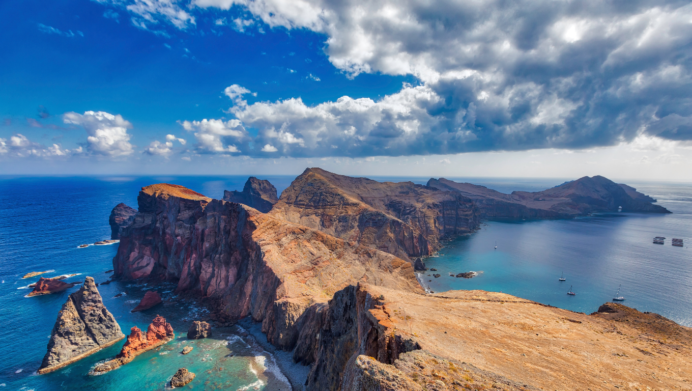 Madeira, a paradise on Earth

The Portuguese archipelago of Madeira feels like a place of a myth or a legend. It doesn’t feel real to be surrounded by such gorgeous and stunning landscapes. Madeira is, without a doubt, one of those unforgettable destinations that are worth visiting at least several times. 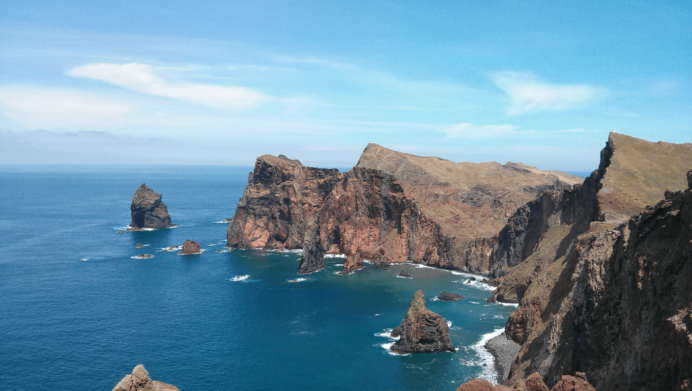 Madeira is an archipelago in the middle of the Atlantic Ocean. It’s comprised of several different islands and islets, all with their own unique charm and character, but all of them are primarily volcanic islands with an unique scenery. With many forested areas, pebbled beaches, mountains – and even volcanoes, like the shield volcano on Madeira Island – the landscape of Madeira is breathtaking and a surprise for many travelers. 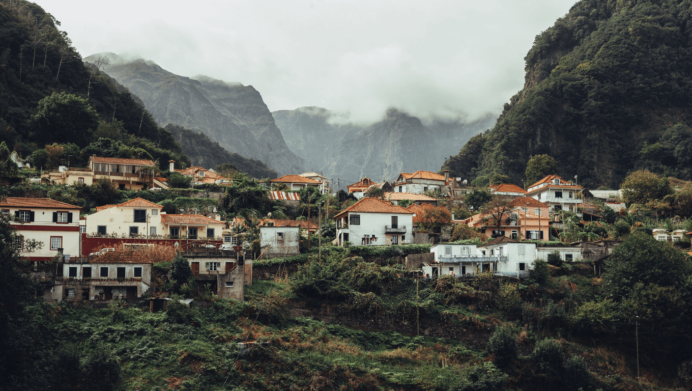 The cuisine of Madeira has influences from many different countries and regions can be easily felt in local dishes, but there’s always a traditional old world feeling always present in most meals. While fish is a staple of any island nation – and that’s the case with Madeira – there unique meat-based dishes that can trace their roots back to Europe. Potent alcoholic spirits are a mainstay in Madeiran cuisine, like unique liqueurs and delicious wines. 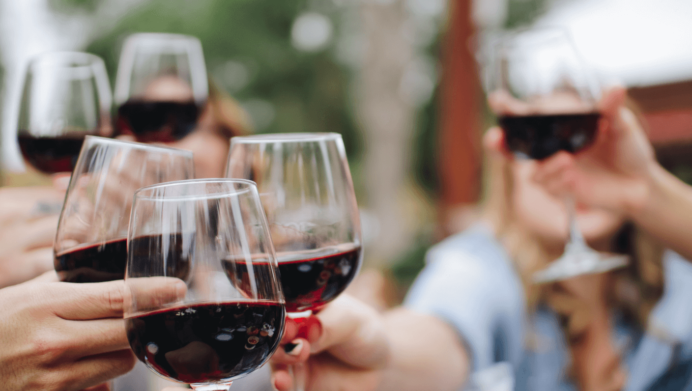 The power of Nature

Every single aspect that’s related to nature on Madeira is absolutely fascinating. Its biodiversity count is through the roof – it’s also a UNESCO World Heritage Site – and many of its forests and forested regions are so old that they can barely be dated. The scenery of Madeira has rooted into the Prehistoric area from millions of years ago, and the virginal beauty of the archipelago is just unbelievable. 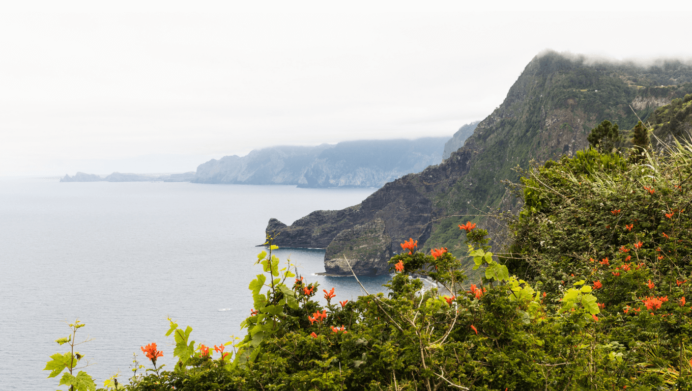 New Zealand was chosen to be Middle Earth in The Lord of the Rings, but  Azores would have been also a great option.

The islands of Azores have all the makings of a setting for an epic Tolkien novel: mist-wreathed volcanoes, eerie lava tubes, jewel-colored crater lakes and ferny laurel forests suspended against the crashing backdrop of the Atlantic.

Born from volcanic eruptions that began 10 million years ago and discovered by pioneering navigators in the 15th century, these Portuguese islands are scattered like mid-Atlantic stepping stones between Lisbon, 930 miles east, and New York, 2,400 miles west.

The islands cluster into three groups: Corvo and Flores in the west; Faial, Pico, São Jorge, Terceira and Graciosa in the centre; São Miguel and Santa Maria to the east. 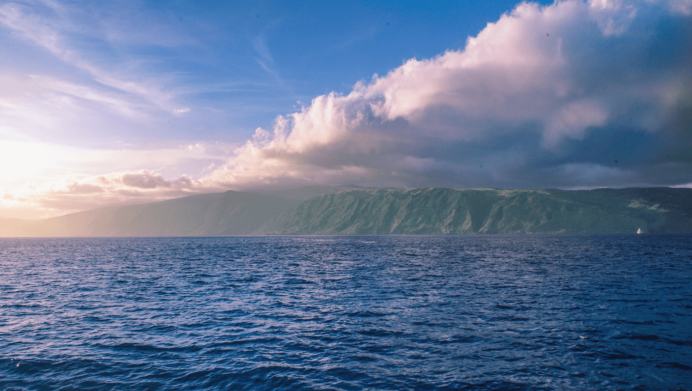 The islands of Azores are known for their exceptional biodiversity, geotourism and subtropical microclimates that nurture pineapples, yams, tobacco, bananas and even tea plantations, have tremendous pulling power.

There is walking to rival that in Madeira, with trails leading from volcanic crater to coast, as well as myriad outdoor pursuits from diving to canyoning, kayaking, surfing, mountain biking and birdwatching. This is one of the best places on the planet for whale- and dolphin watching: 25 of the world’s 80 cetacean species are resident or migratory here. 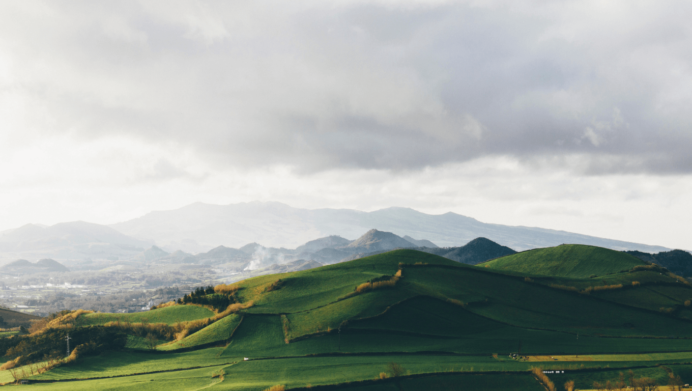 Recognition from Unesco and other organisations has helped the destination notoriety over the years.

But most people still know little, if anything, about this amazing archipelago in the middle of the Atlantic. And yet it is hard to imagine a place better suited to nature lovers, fans of adventure sports, or anyone looking for a beacon of sustainability. As if that wasn’t tantalising enough, there is a new reason to visit this autonomous region of Portugal: restrictions on air routes to the Azores recently eased, which means more choice and cheaper fares for travelers trying to reach this other Eden. 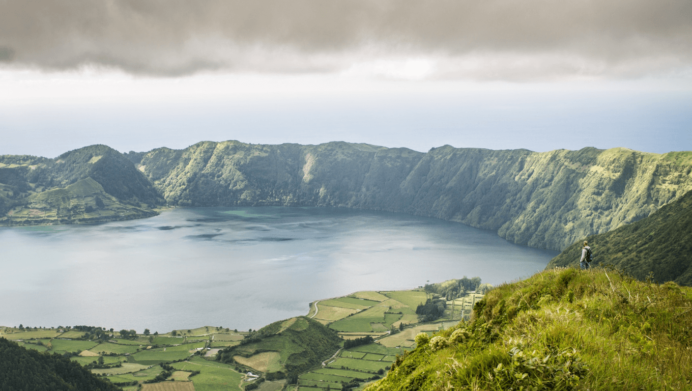 The exposed tips of vast underwater mountains, the Azores lie on the nexus of the European, American and African tectonic plates, and they bear witness to the forces forever shaping our planet. This is a world of fumaroles, mudpots and scalding springs; of caverns, columns and grottoes formed from once molten rock; of blue lakes ringed by forests of laurel and cedar, and green pastures patterning the slopes of calderas. 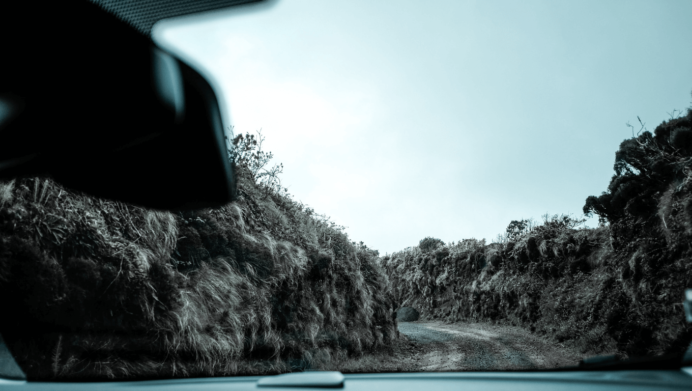 Unesco designated three of them (Graciosa, Flores and Corvo) as biospheres, and the archipelago also contains 13 Ramsar sites (important wetlands) and over 30 Blue Flag beaches. Combine mineral-laden soil with a subtropical climate surrounded by Gulf Stream-warmed waters, and the result is a crucible for life.

Thankfully, the people from Azores seems intent on preserving their treasures – the built environment covers just five per cent of the land; the rest is a patchwork of protected areas and marine reserves. The regional government aims to produce 75% of the islands’ energy from renewables by 2018. 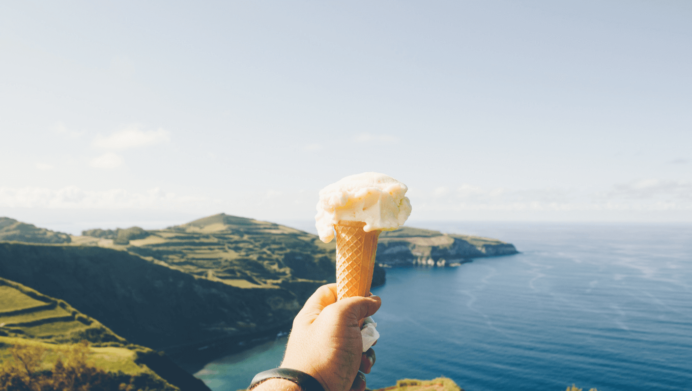 Walking in Nature and activities  at sea

The Azores are best known for whale and dolphin watching and hiking. If you love walking in the Nature and watching wild animals enjoying their freedom, you’ll fall in love with Azores. Exploring Azores is a one time experience that everyone should have the chance to live. 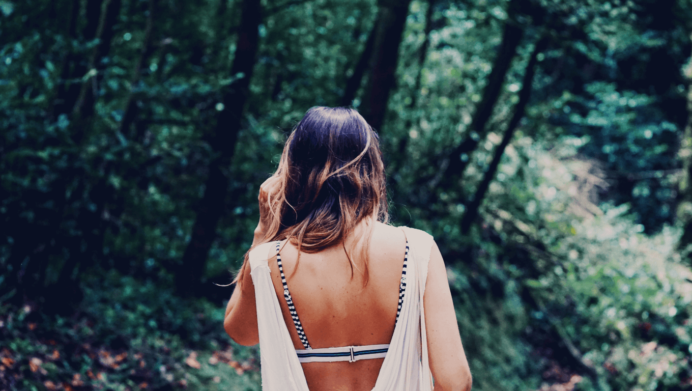 Since 1922, Amalia Home Collection has been developing and producing luxurious and artistic home textiles, made in Portugal and inspired by the Portuguese culture and its beautiful landscapes. Visit our USA Online Store and discover our collections. Contact us if you’re a retailer.

How To
3 Perfect Gifts for a Bedroom
19 June 2020 ● 2 minutes
Two things that are uniquely difficult: finding the perfect gift for someone we love and creating a bedroom that is a perfect sanctuary. It may seem that these two things…
Read More